As we try and work out a few tech problems we thought you might like to know that Album Club regular Marek takes to the air with James Sandy on Tuesday 21st July at 7 pm on Switch Radio as part of The Unseen Swerve. The album in question this time around is 1978's The Man by Barry White.

Tune in for what we're dubbing 'The Album Club Condensed'.
Posted by James Sandy at 13:51 No comments: 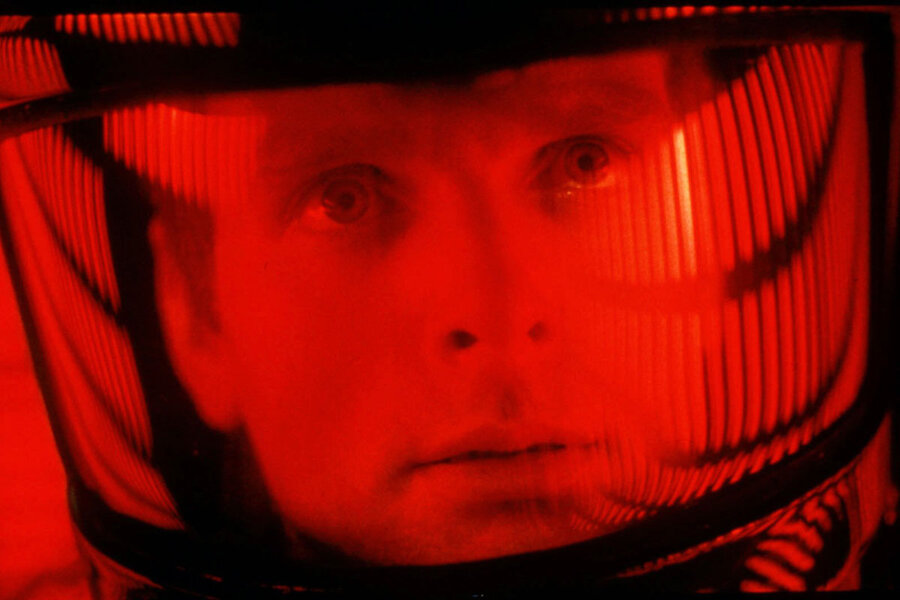 We're having a few technical issues with our 'usual'
Album Club set up at the moment.

For the next couple of weeks
we'll be focusing on options and fixing 'HAL'.

Kid A was a turning point not just for Radiohead but also for me and my relationship with music. I loved OK Computer and wanted more stadium sized songs I could wallow in, but when confronted with the icy landscape with apparently no hooks, I immediately dismissed it. Fortunately for me, I liked Idioteque enough to keep coming back to the album. Over time, small details started to win me over. The discordant strings which suddenly silence themselves and create a moment of absolute calm during How To Disappear Completely was one such moment. Over time these small details I had missed weaved themselves together and I embraced the album. It took several years, and I had to mature in my music tastes and become more adventurous and open to new things, but I got there.

Had Radiohead not made such a defiant about turn, had they simply churned out another set of fine songs as they had on their previous two albums, then I doubt that they would be revered as they are today. They might be another blast from the past treading the boards of the smaller festivals along with Travis, Reef and Dodgy. Instead they are, in my opinion, my generation's Beatles, willing to experiment and push their comfort zone, constantly looking to evolve and never rehashing the same formula to diminishing returns.
-Matthew

The album that followed The Bends and OK Computer and I’m sure people that had caught onto those albums were expecting more of the same. But Radiohead went against the grain and produced something ‘arty’. Introducing many electronica elements and turning down the guitar-rack. Good for them I say, kudos for trying something different. However, in the car my wife asks “can we listen to something else?”, which is the moment to try and understand how she cannot appreciate what is being played or is it indeed pants. If you liked Radiohead for one thing can you still like them for another, this is the question hovering over Kid A? For me, I’m glad they gave it a go, but the tunes sound half finished and the album is missing a ‘big’ song or two. It sold a bucket load…so what do I know?
-Marek

Although often cited as Radiohead's "In Utero" (i.e. a conscious effort to not be commercial), the majority of these tracks would not be out of place on OK Computer. Even when trying to be inaccessible, Radiohead can't help but write excellent songs! Thom Yorke's method of randomly selecting phrases to use as lyrics adds to the detached feeling of the album, but nothing sounds jarring or out of place.

This heralded the era of what we now think of as the Radiohead sound - "Optimistic" is the blueprint for the majority of Radiohead songs after this, and would not be out of place on In Rainbows.

The Bends, OK Computer and Kid A all worked perfectly as a complete album - it took Radiohead a few goes after this to achieve that complete package again (only hitting gold again on In Rainbows). Kid A mixes the electronic influences (notably Aphex Twin), soundscapes and straight up songwriting beautifully, in a way they tried to replicate on albums like Hail To The Thief and Amnesiac with only fleeting success.
-Joe